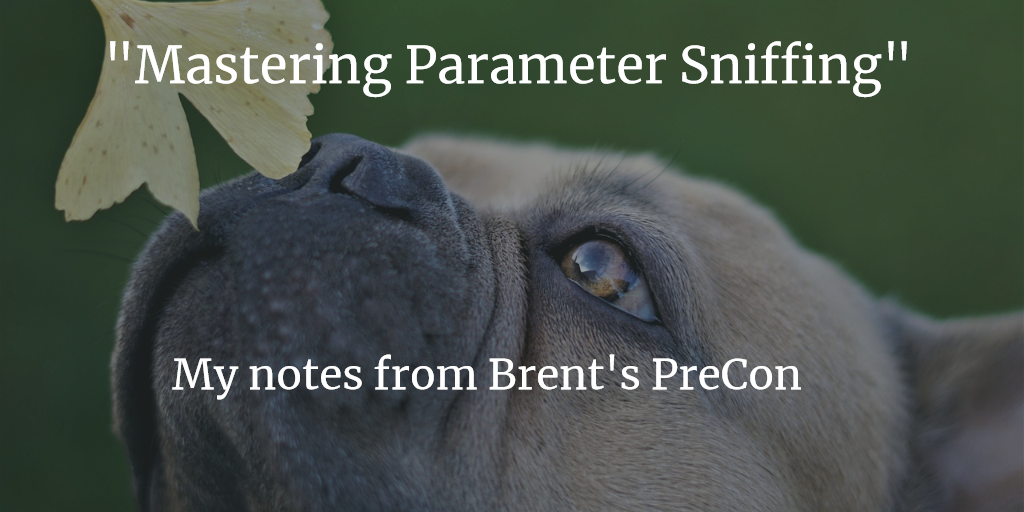 It’s learning time again…with my first time at SQLBits. Sadly it’s just virtual as there is still a corporate travel ban due to Covid, but I had a great first day and learned a ton.

My wife just approached me this morning telling me “Hey if you gonna learn all day take this as a chance for your blog and share what you’ve learnt there…but keep it short and simple and don’t write essays”. With the latter part…I have my difficulties…however I give it a try so let’s go.

The precon session I visited today was by the great Brent Ozar on “Mastering Parameter Sniffing”…a topic which I have no in-depth-knowledge yet.

So without further ado here are my takeaways and quick wins/learns…ah stop
Disclaimer: This is my understanding…could be wrong…don’t blame Brent but me if you are misled

That’s all folks….a lot for me to still revisit and read…maybe you got something useful out of my notes ;-).